What diseases do mosquitoes carry? 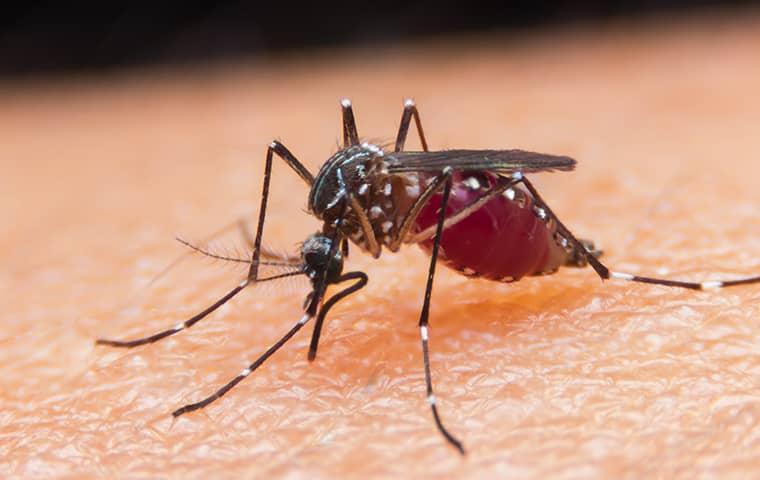 How dangerous are mosquito diseases?

It depends on the disease, and it depends on the severity of the reaction. One of the worst diseases to hit the United States is Zika virus. It can cause microcephaly in unborn children and lead to birth defects. It can also cause Guillain-Barre syndrome, which can have many severe medical implications, including heart disease. Children that get Guillain-Barre syndrome sometimes have trouble walking and may refuse to walk. There is no doubt that Zika virus is a serious threat to public health, but as much as 80 percent of those infected with Zika virus are asymptomatic. That is to say, they have no symptoms. There is a positive and a negative to this. The positive is that the vast majority of people don't get sick with the above diseases, and they don't have the fever, headache, joint pain, rash, red eyes, and other common symptoms associated with Zika virus. The negative is that a person can be a carrier and not know it. If a mosquito bites a carrier, it can spread the virus.

Many mosquito-borne viruses can have mild symptoms. But they can also have severe symptoms that can lead to hospitalization or turn deadly. West Nile virus claims lives every year in the United States.

What You Should Know Most About Mosquito Diseases

Often, people contract mosquito-borne diseases without realizing it. The symptoms of many of these diseases can be mistaken for the common cold or a flu virus. You may get stomach cramps, fever, body aches, nausea, or begin to vomit, and think you're just sick with a bug. But that bug could be a mosquito-related disease. And unlike a cold or a flu, there is a lot you can do to protect yourself from mosquito-borne viruses.

What You Can Do About Mosquito-Borne Viruses

Since these viruses are spread by mosquitoes, an effective mosquito control program can protect you from getting sick. You can take a bite out of mosquito populations by inspecting your yard for mosquito-breeding sites and taking steps to reduce or eliminate them.

Some species will breed in standing water. Remove containers and address conditions that allow water to sit. This will make it more difficult for mosquitoes to breed in your yard.

How We Can Help

If you want the best control possible, we recommend mosquito treatments. Routine applications to key areas around your home will break the cycle of reproduction. When female mosquitoes come into your yard to mate, or to lay hundreds of eggs, they will rest in your landscaping and other hiding places. When they do, they're exposed to a mild agent that is only powerful enough to eliminate mosquitoes, and when that one mosquito is eliminated, all of the mosquitoes she would have created in your yard are eliminated with her.

Don't let mosquitoes make you sick and present a threat to your family. Mosquitoes can be controlled. Reach out to White Knight Pest Control to request mosquito service for your Buda property.