Home › Blog › How Dangerous Are The Scorpions In Houston?

How Dangerous Are The Scorpions In Houston?

When you think of the term arachnid, you probably mostly think of spiders. While it’s true that spiders are arachnids, there are other pests in Houston that belong to this group including scorpions. Just like with spiders, scorpions are a terrifying pest to come across because of their ability to sting and inject venom. They often get into area properties, and the most prevalent scorpion in Houston the area is the brown bark scorpion. 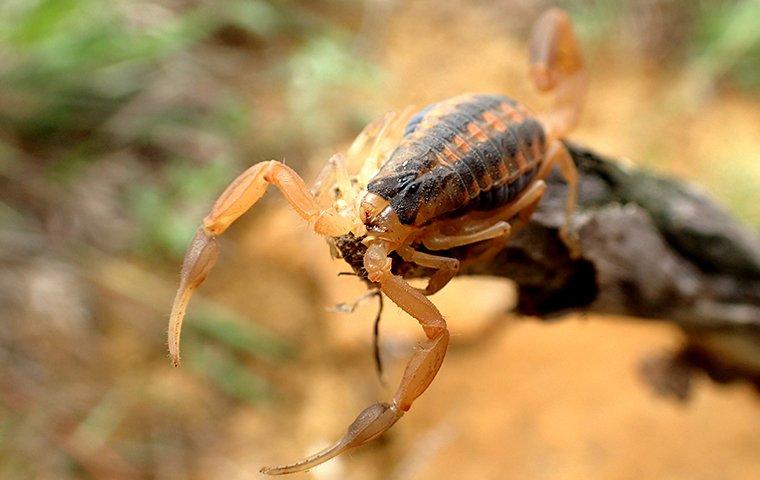 This species is found throughout the country, and they are about three inches long when fully grown. You can identify the brown bark scorpion by their yellow-brown to tan coloration and the banded markings on their backs. Just like other scorpion species, they have a curved tail and claws, but their claws are narrower than most species.

Scorpions are considered a dangerous pest because they have venom in their stingers that they use to paralyze their prey. While this venom isn’t always that effective on humans, it can still lead to hospitalizations in some cases, especially for people who have an allergic reaction. While being stung by a brown bark scorpion isn’t usually fatal, how sensitive a person is to the venom can vary greatly. Because you likely won’t know if you’re allergic or at risk until after you've been stung, it’s always best to be careful to prevent scorpions from entering your property.

Also, keep in mind that the brown bark scorpion is one of the more dangerous scorpion species. Some people have serious side effects after being stung including muscle spasms, numbness, and difficult breathing. If you suspect you’ve been stung, you should always seek medical attention.

To protect yourself and others around you from the brown bark scorpion, you first need to understand where they usually hide. When outside, they are often found under tree bark, rocks, logs, and fallen trees as well as in woodpiles, gardens, and sheds. If they make their way inside a building, they are usually found in cardboard boxes, laundry, and potted plants.

You can decrease the chances of having a brown bark scorpion on your property by following these steps:

The Best Way To Protect Your Property From Scorpions

While you can reduce the risk of a scorpion infestation by following the steps in this guide, the most effective way to keep scorpions away is with help from the experts at White Knight Pest Control. Trying to remove scorpions on your own can be scary and even dangerous, so let our team of professionals handle total scorpion prevention and removal.

We are here to come to the rescue for your scorpion problems. We provide commercial and residential pest control plans that are both affordable and high-quality. Discover more and get started by requesting a free estimate online.