What You Ought To Know About Dangerous Spiders In San Antonio

The reasons that people are terrified of spiders are varied. For some, any small critter that can skitter across your skin is reason enough to be scared. For others, the fear is based on the very legitimate risk of larger health problems. Whether a spider is outright dangerous or not, it’s important to be able to tell them apart. Plus, every property owner should learn how they can reduce pest populations that attract spiders in the first place. 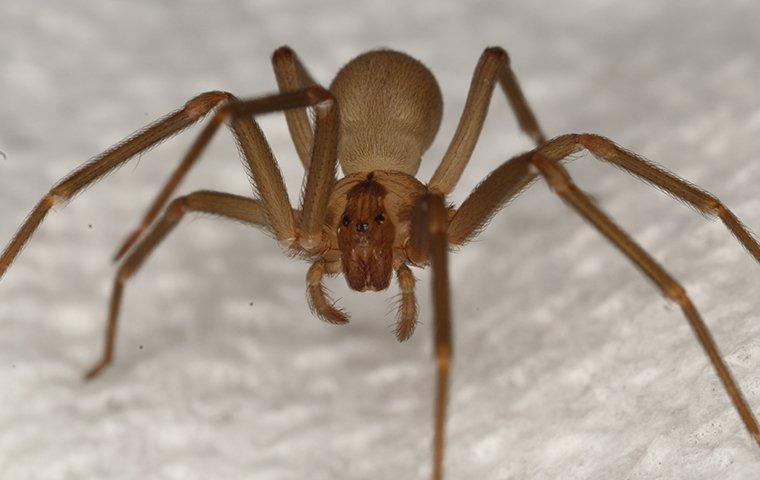 Most spiders you see are relatively harmless. While all spiders have venom and most can bite people, they rarely do. Being so much smaller than us, spiders of all species prefer to keep their distance from people if they can help it. That said, they’ll leave annoying webs around your property and are almost always a sign of larger pest infestations. Here are some of the more common local spiders:

The more serious varieties of invasive spiders are the ones that can cause more serious health problems after a bite occurs. If you notice any worsening symptoms that are unlike the usual itchy welt from a spider bite, seek medical attention immediately. Only antivenom can counteract the effects of this venom. There are only two spiders that have potent enough venom to be considered dangerous, and a third that could be considered more formidable than other common house spiders:

The best way to avoid serious spider infestations is to limit general pest populations that attract them in the first place. Here are some of the best ways to accomplish this:

Rather than risk exposure to potentially dangerous spiders by trying to get close enough to identify them on your own, let experts assist you instead. At White Knight Pest Control, we can spot the differences between everyday house spiders and potentially dangerous ones. We can also inspect your property for signs of spiders or other pests and other factors that attract them. With ongoing prevention treatments and inspections by a trained pair of eyes, you can make sure that spiders never invade your property -- dangerous or otherwise.