What Attracts Wasps To Austin Yards?

Stinging pests aren’t typically pleasant to anyone, but for those with allergies, they can be downright deadly. Keeping wasps off your property will help keep their populations from spreading, not only protecting you but also those for which a sting can mean life or death. 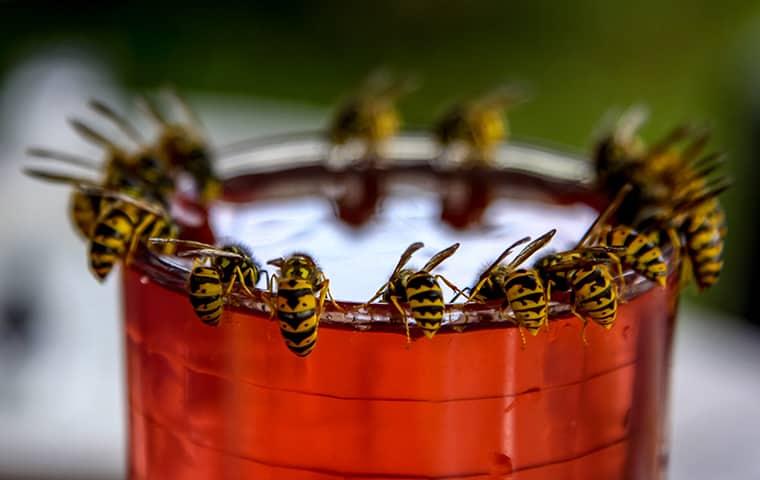 Common Yard Wasps To Watch For

The term wasp applies to a wide range of flying, stinging insects. Even bees are considered wasps, though they are generally less aggressive than many of the other kinds that we tend to think of when we hear the term. All wasps have stingers that contain a venomous compound, though not all of these chemicals are exactly alike, which is why some people might not even realize they have an allergy until a sting occurs. Here are some of the most common wasp species to invade yards in this area.

Regardless of which kind of wasp you're worried about, the important thing is to recognize that they are all attracted by the same kinds of things as other pests. Here are factors to pay attention to around your property.

How To Reduce Your Risk

Knowing what attracts wasps is only part of the concern when it comes to keeping them away. You also need to actively work to reduce those factors. While there is no beating the help of professional pest experts, every property owner should pay attention to the following to help reduce the risk of wasp infestations:

Don’t Try It On Your Own, Call The Pros

With the high risks associated with stings and the difficulty in trying to eradicate an entire colony of pests, wasp infestations are one that you shouldn’t try to handle on your own. Instead, turn directly to the experts who can safely and quickly remove any problems and avoid them from forming. At White Knight Pest Control, our treatments can keep your yard safe from wasps or the other pests that can attract them. Contact us today to get started on an inspection of your property, so we can get to work right away on a pest control plan that fits your budget and schedule.